I spent my birthday in Newport, Rhode Island, touring five of the opulent mansions.  I am glad that I chose not to visit all of them in one day because it would have been far too overwhelming.  I stayed overnight at a charming bed and breakfast in the neighborhood and took my time getting out and about the second day.  While I enjoyed all of the mansion tours, there is one mansion that has captured my heart and that I return to every time I visit Newport – Rosecliff.  I love Rosecliff for many reasons, but its elegance and simplicity are chief among them.   I decided to write this post to share some of my favorite tidbits about this mansion. 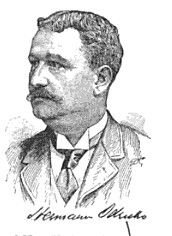 The most well-known owners of Rosecliff were Herman and Theresa Fair Oelrichs.  They purchased the original house from George Bancroft, a diplomat/historian by day and a horticulturist by night, who named the house in honor of his beloved roses.  Bancroft is credited with developing the American Beauty Rose.  When the Oelrichs purchased Rosecliff, they actually leveled the original house and constructed  a home modeled after the Grand Trianon in Versailles, France, in 1902.  They hosted many grand parties at their “summer cottage”, including a fairy tale dinner where guests showed up dressed as their favorite characters and a magic show starring none other than Harry Houdini. Theresa was known as a clean freak, and inspected every room of the house on a daily basis for cleanliness, sometimes going about the task of cleaning on her own if their was no one available to do it.

One of the most famous guests at Rosecliff was Cole Porter.  He often composed music in a small green room dominated by the presence of a piano on the second floor of the mansion.  He composed “Anything Goes” in that room.  He also wrote “Night and Day”, a tune inspired by his visits to Rosecliff.

My favorite room in the house is the grand ballroom.  With huge, glass doors on both sides, a wooden parquet floor, and gorgeous crown molding, this ballroom makes me think of twirling around in a ball gown accompanied by a dapper gentleman in a tuxedo.  Francis Ford Coppola’s version of “The Great Gatsby” was filmed in this luxurious ballroom as well; I am sure you would recognize it from the scene when they all ran in to the house to avoid the rain.  I included some additional pictures of Rosecliff. If you ever end up in Newport, you must make time to view this gem. 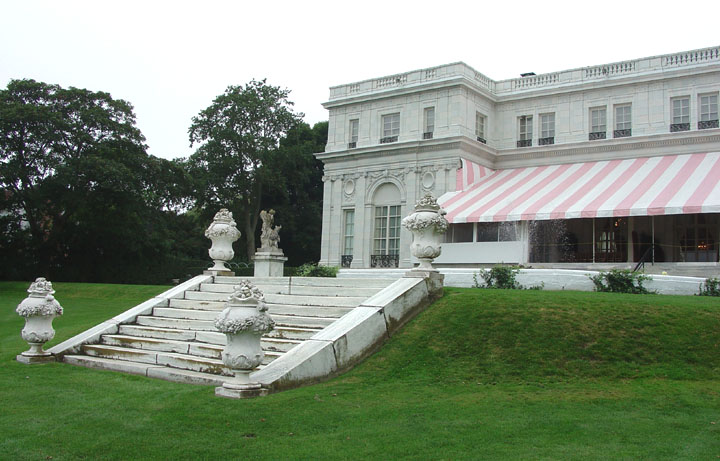 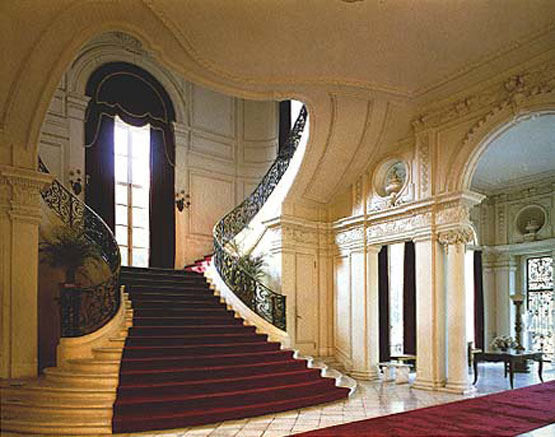